Yes Corjan, i am from the netherlands :) And i just wanted to add the manual to the list because i forget it when i added to the I-166 page. Greetings, Alex Groot

Sorry John, I was mistaken. Thougth it was my fellow-dutchman, that asked the question. Thanx anyway and I look forward to your pics. If you would have a manual of the trailer used to convey the 3 shelters, it would be marvellous! I am in the first place a modeler.My friend Jürgen Knipping in Munich makes many models under the name KNIGA a.o. of the MSE-shelters, so I try to find as much information as possible to make the models.

That's ok. A little bit of help from google translate, and I was ok. I don't believe I've seen a manual on the trailer, but i will look.

John I hope that you don't mind, that I added some drawings of the AN/TYQ-5, because I came across them. I hadn't seen that you had uploaded the complete manual. Many thanks for that and if you don't like them, just remove them! I've added the HR from LOGSA

No problem! Many of the drawings on related pages (like the OUTS) are from the manuals.....it can be more useful to see the drawing than to have search for it in the pdf file of the TM...

I found that Rutgers University has a copy of the trailer TM in their library. Unfortunately, that is a 3,000 km from me...

Sometimes it is possible to ask a librarian to copy the manual? For me it must be further away..

The University system in the U.S. have a inter-library loan policy. I'm trying to see if we can have the microfiche loaned to my local University. If that doesn't work, I might try a librarian. I also know a few poeple closer to the library I might be able to recruit...

This is John - I was able to make a view copies of the parts of the trailer TM. See the page V-398/MSA ....the drawings are not the best, as they were too large to get on a single page. I may try to get one or two more pages before the University returns the microfiche.

CJ: Thank you John for the drawings. It is not possibly to get hold of the TM?

The TM from Rutgers is the only place I've found it; it does appear to be complete, but it is available only in microfiche, and only available in the library. I printed the drawings from there, as best I could. I'm looking into the possibility that one could pay the library staff at Rutgers to copy the whole document, but that might be expensive.

Thank you John for your efforts. The drawings are marvellous and quite good to make a model.

John, hope you have seen the TM of the trailer. I have a question: do you know what tractor was used to tow the trailer? Do you have pics of it? Thanks in advance, Corjan

Hello, it has been a while, but I just saw the TM. That is great! The tractor we used was a 2 1/2 ton truck - I will look for pictures, but is either the M275 or something similar. I was here adding interior photos of the TRR-27 we found while clearing some long-term storage.

Here is the photo of the truck we used. In this picture, you can see the front end of the AN/MRA-17 antenna that the MSA-34 used. 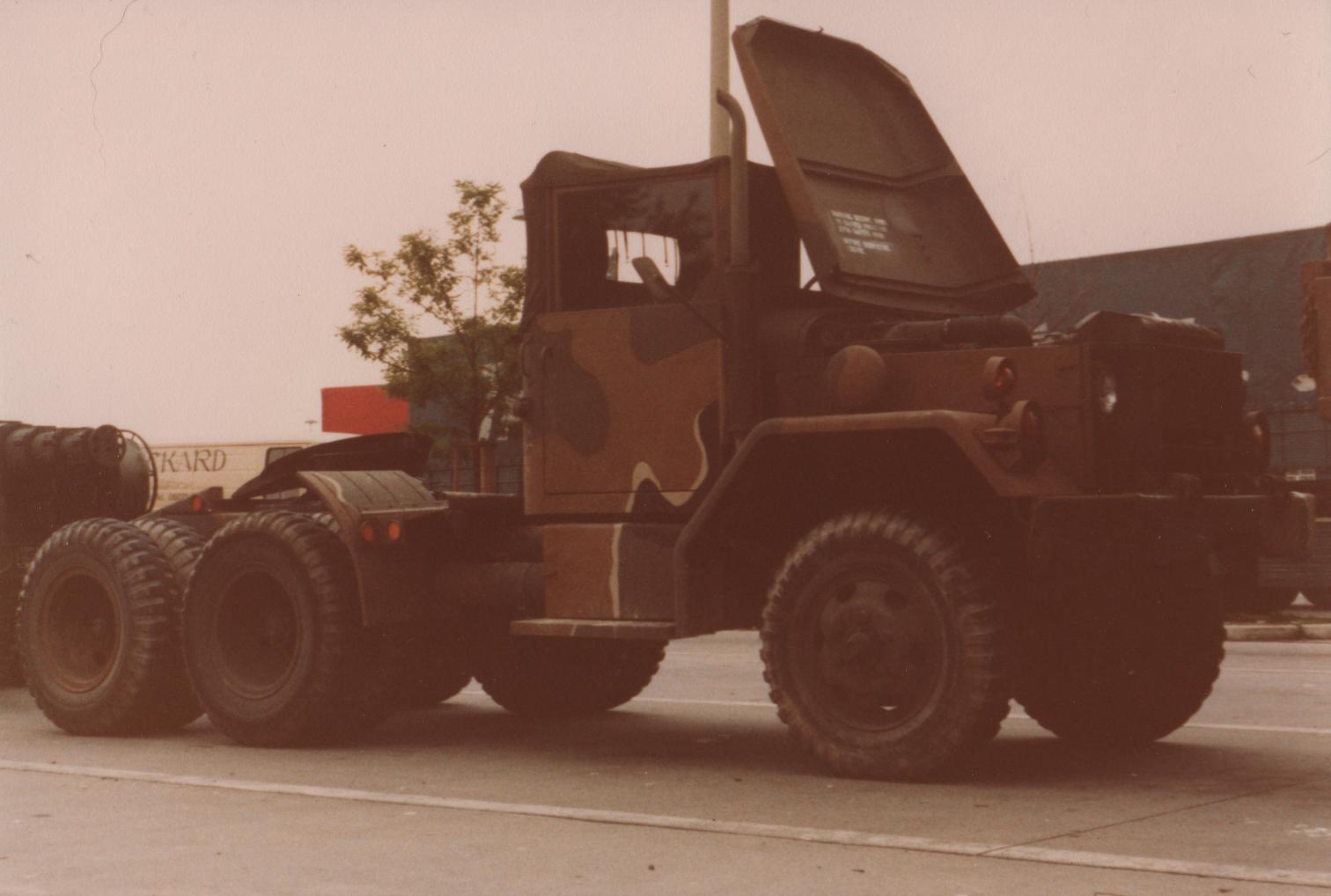 John, many thanks for the photo of the truck. I must see if it was a M275 or a later model. Must have been a light tractor for a trailer with containers? I will look to your updates in the article. I have made a TACFIRE-article with the help of 2 new manuals.

I will see if buckwheat can get the museum to scan all 4. BinD

OK that would be great! The more WWI deserves full attention these years Btw the 11-223 is ready, very high quality (and much work!) Corjan de Wit