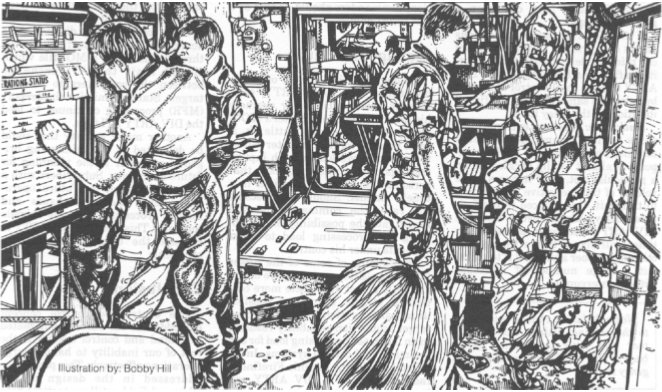 The tactical fire direction system (TACFIRE) was a successor of the FADAC and was fielded in 1978. It contributed major improvements by automating tactical fire control, target intelligence processing, unit status accounting, target analysis, fire support coordination, and fire planning. TACFIRE consists of a digital loop of computer centers at battalion, division, and corps artillery levels, and includes firing via the battery computer system (BCS) and forward observers via the digital message device (DMD). It was used well into the 90-ties of the last century. In its turn it has been successed by AFATDS. 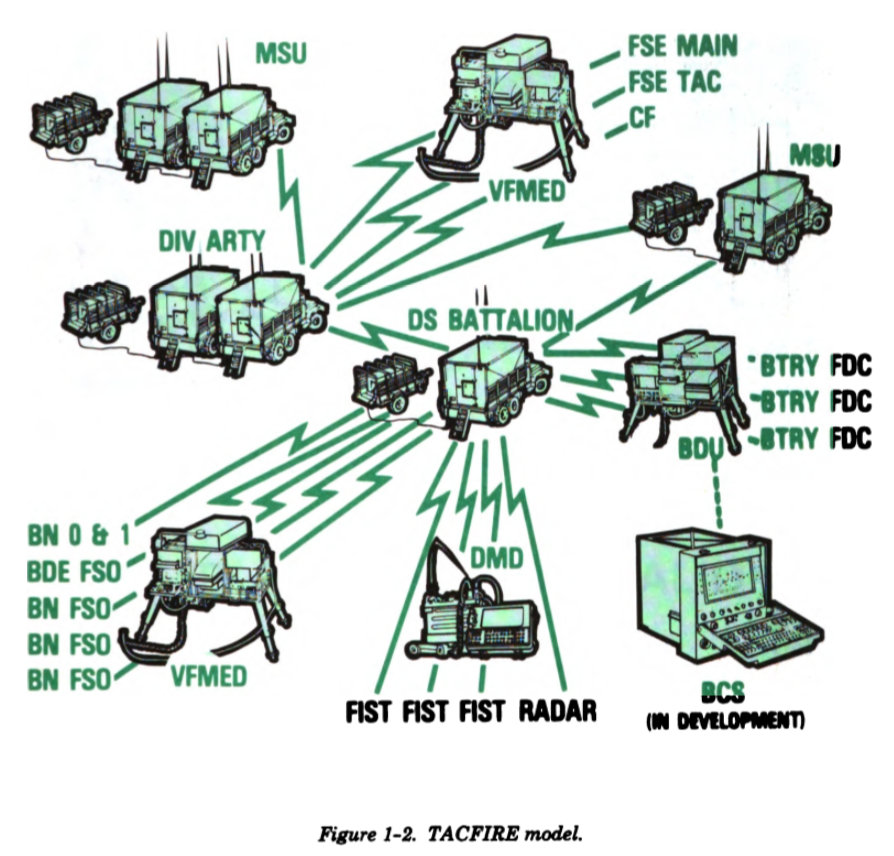 Important Elements within and Keywords of the TACFIRE-system