The SCR-245 Radio was a mobile Signal Corps Radio used by the U.S. Army before and during World War II, for short range ground communications, It was one of the first crystal sets used by the Army.

The SCR-245 was standardized on 10 June 1937, and used by Armored forces for command and control of tank units. it replaced the earlier SCR-189 and was used primarily in the early M2, M3 light tanks as well as the early M3 medium tanks. the sets large size required it to be mounted in the tanks sponsons. it was replaced by the SCR-508 sets. 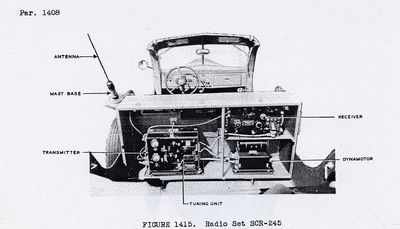 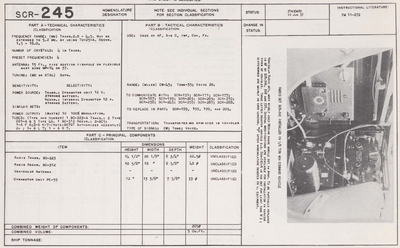