INCOMPLETE SECTION OR ARTICLE
This section/article is incomplete and requires more updates and work. Would you like to assist in this? request an account to help!

This was originally required because the pins on the power cable connecting the power supply to the receiver were broken, but it also served as a nice way to get rid of the selenium diodes inside the case. I removed the need for the case diodes, by replacing them with modern equivalents inside the power supply itself. 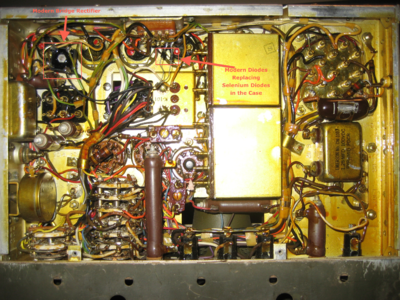