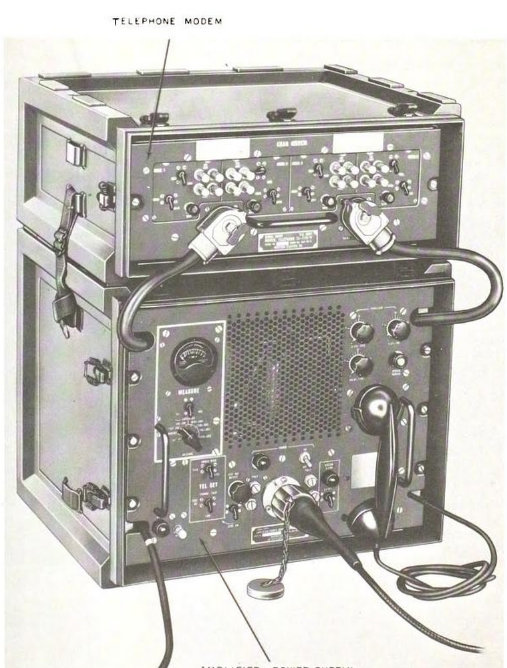 Terminal Telephone AN/TCC-3 was a 4-channel carrier telephone terminal and a major component of Terminal Telephone AN~TCC-23. It was used to provide four telephone channels and one voice frequency order wire channel over loaded spiral-four cable and/or radio relay facilities. It could also be used to carry a single wide band special service channel. Intelligence could be transmitted over loaded spiral-four cable for a distance of 40 miles (96km)using the AN/TCC-3 without Repeater, Telephone AN~TCC-5, or a distance of 100 miles (160,9km) when AN~TCC-5 Repeaters were used. The equipment was deployed throughout the combat zone.